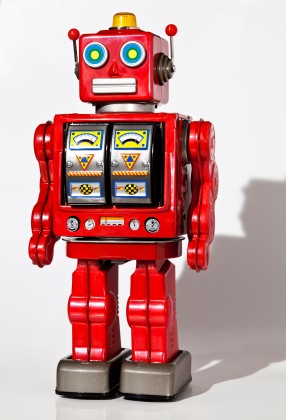 Hiring is tough. Anyone who has ever needed to fill an open position knows that. Even if a candidate interviews well, it may not be an indication of how he or she will perform on the job. In addition, many individuals frequently lie or embellish their experience on resumes, which can make it more difficult to select the right person for the role. Beyond the candidates themselves, many hiring managers have personal biases. When you rely on humans to hire for your company, teams often look homogenous. People in charge of the hiring tend to select employees who are very similar to themselves.

While it seems unlikely that hiring will ever be completely automated, many organizations are taking steps to add more analytics to the process to find the right hires. Some companies are using algorithms to make better hiring decisions, but does this really result in the right choices?

Algorithms reduce hiring biases
Even though Google is well-known for its innovative workplace policies, the tech giant still falls victim to hiring biases. Last year, Google released its first ever diversity report and found only 2 percent of its staff members are African-American and 3 percent are Hispanic. To overcome biases and improve diversity, Google started using an algorithm to recruit more quickly. Potential hires take a lengthy survey to determine how they fit within a company’s culture. Facebook has taken a similar approach as well.

The most effective survey questions depend on what the company is looking for, so hiring managers and department heads need to have a clear understanding of what type of candidate they want before posting a job opening. The right data helps employers determine how potential hires will perform on the job.

As algorithmic hiring has increased across different industries, companies find they have more diverse teams. In addition, research indicated hiring managers were focusing too much on small details that did not have much bearing on a candidate’s competency. Interviewers may be distracted by a candidate’s comments on an arbitrary subject. This distraction can be substantial enough that hiring managers lose sight of the other aspects of the interviewee that made him or her a suitable candidate in the first place, Harvard Business Review stated. In addition, this puts hiring managers at risk of selecting a candidate who interviews well but doesn’t have the necessary skills or expertise for the role.

Algorithms may also help you bring in candidates from other industries with relevant experience that you may not have previously considered. This can lead to a more innovative, diverse workplace.

What are the other benefits of using algorithms for hiring?
Because companies aren’t bogged down by manager biases, the recruitment process can be substantially sped up. It can also save money. Companies lose productivity when they take too long to fill key positions.

However, it’s unlikely hiring managers or team supervisors will ever step aside and let computers do all the work for them. Don’t take the entire human element out of the hiring process. Managers should still be involved to make the final decision, but algorithms can lead them to candidates they would not have considered in the past. It allows your team to be more competitive in the modern workforce and have a more varied background. Employees from different industries bring unique perspectives that can help your organization grow.

Algorithmic hiring is one way companies can move toward having a people operations mindset.