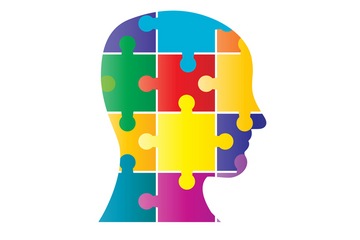 It isn’t a new idea for employers to believe their ideal hires would have certain personality traits that make them stand out from the pack. However, many companies try to court candidates with outdated personality quizzes. Clinging to a single vision of perfect employee may cause you to overlook someone who would be a great fit for your organization.

Traditionally, many hiring tests have been based on the Big Five personality traits: extraversion, agreeableness, conscientiousness, neuroticism and openness to new experiences. Perhaps unsurprisingly, agreeableness and conscientiousness are the most valued by employers. Hiring managers want to choose people who are friendly and considerate of others to cut down on workplace issues. But a recent study from the University of Minnesota published in the Perspectives in Psychological Science journal pointed out that great hires may not be those who are most at ease in an interview.

Do Personality Tests Indicate Job Success?
With the rise of online job applications, an increasing number of employers utilize personality tests during their initial employment screening. During the recession, businesses were less willing to take a chance on a new hire who many not work with the rest of the team. Managers couldn’t afford to risk hiring someone who was disagreeable because the costs of having to replace this person down the road were too high. While in some industries, personality assessments have given employers greater insight into the types of new hires who will succeed, some job industry experts argue that these tests have prevented young adults with less experience and the long-term unemployed from getting hired, according to the Wall Street Journal. Personality tests shouldn’t be used as the only sign of potential job performance.

Employers are taking longer to fill open positions, often holding out for their dream candidates. However, job churn has decreased over time, indicating that companies are making better choices based on the available data and improving their retention rates. Personality tests need to be relevant for your specific industry to be effective. In some cases, the right skills should win.

Although conventional hiring wisdom seems to suggest extroverts perform best in many workplaces, introverts may be a great fit as well. Because introverts are often believed to be quiet and reserved, hiring managers view them as low energy and don’t pursue their applications any further. However, introverts prefer quieter work environments, which can increase productivity. In terms of other personality types, TLNT said disagreeable people sometimes bring something new to the team. If these employees don’t like a certain idea, they aren’t afraid to point it out in a respectful way. This can help a team reach new levels of efficiency and encourage other members to think in new ways.Great Hires Are More than Great Interviewees
Interviewing alone isn’t always the most reliable indication of how someone will perform on the job. Many candidates practice before interviews to rehearse the answers they feel potential employers will want to hear. On the other hand, if job candidates have the right skill set but aren’t the most personable, hiring managers should still consider them, TLNT suggested.

Ultimately, the right combination of personality traits depends on your industry and unique organization, but it doesn’t hurt to think outside of the box during recruitment. Different personality types can bring new energy to your business. However, recruiters need to update their approach to hiring to attract these candidates and be willing to overlook potential biases. When companies adopt a people operations mindset, they can put their data to more actionable use and make better hiring decisions.