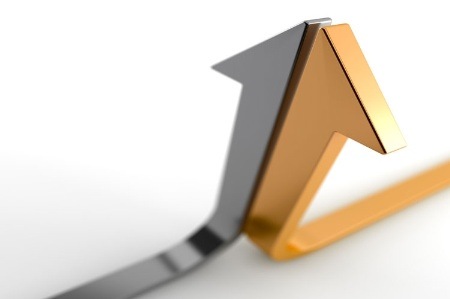 While one handles the operating finances, the other oversees the company’s talent recruitment. It might seem like the chief financial officer and the chief human resources officer should have nothing in common except for offices in the C-suite. However, many businesses are learning that aligning both positions can make for a more productive company.

According to a 2014 Ernst and Young study of 550 CFOs and CHROs from around the world, 80 percent of the executives said the wall between their two positions is quickly coming down and they find themselves collaborating more than ever in the past three years. This confluence will only increase over time, the study reported, as both fungible funds and human capital become scarce. The two roles will work more closely together or even merge to meet a business’ demands for productivity as they stretch both dollars and employees’ roles.

According to Account and Business magazine of Singapore, in an increasingly global marketplace, it’s important for a CFO to understand people.

“CFOs set the framework, driving the budget or financial planning process for the business,” Darren Gibson, a partner and Global People and Organizational Change Leader at Ernst and Young, told Accounting and Business magazine of Singapore. Meanwhile, the CHRO works to develop and define the skill sets the company’s human capital needs.

Teamwork equals success
The two individual positions are becoming less specialized as CEOs seeking to grow their companies find they can do so at a greater rate when the CFO and CHRO work in conjunction.

According to the Ernst and Young study, large global corporations with annual earnings of $10 billion are more likely to see both positions working together. Meanwhile, a Corporate Executive Board Company study found mid-sized companies are following the same path. More than 100 of the businesses responded that they wanted to see both their finance and human resources officers collaborate more.

But why have these executives work together or  blur the finance and HR roles? Because companies that see the two C-suite positions work together see better results not only on their books but with productivity among their employees. Forty-one percent of businesses with CFOs and CHROs who collaborated closely saw their before-tax earnings rise by 10 percent or more, according to the Ernst and Young study. Meanwhile, 45 percent of companies saw revenue growth as well.

Collaborating for a better workforce

Profits weren’t the only thing to improve when finance and human resources execs combined their talents. Forty-three percent of companies claimed they had a more dynamic workforce when the CFO got involved in human resources matters such as measuring productivity via analytics and tracking metrics.

“People are a key driver of performance, with salaries and wage costs averaging nearly 70 percent of operating costs, which is why collaboration between the CFO and CHRO at an organization-wide level is so important to organizational success,” Gibson told Accounting and Business magazine of Singapore.

It’s when the two roles partner together to develop strategies regarding performance of their investments in both monetary and human capital that they help their companies grow, Scott Engler, a talent and finance advisor, wrote for LinkedIn. Since both positions handle a business’ capital, they both know how to allocate their resources. The two roles also frequently have the ear of the CEO. The two may work together to plan compensation and hiring tactics, such as raises, bonuses and a higher starting salary to find or keep prime employees.

When the two educate themselves on the roles the other performs and how they can assist each other, their business has a better chance at increased growth and productivity.